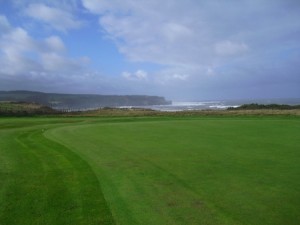 I used to wonder why anyone would ever watch golf.  I expected it to be slow and boring on TV but over the last several years I’ve gotten hooked, even before the rise of Jordan Spieth.

I love the tension that arises from a player gaining or dropping a shot; a player wrestling with his/her own inner mental game; the brilliance of a long putt; the skill in getting out of tricky spots and the luck of a hole in one.

THE Open Championships (commonly known as The British Open) that finished Monday had everything:

Now I’m not here to write about Golf, but I want to share with you some important lessons that we can all take away from a memorable week-end in St Andrews.

1. Everyone loves a winner…. Everyone ADORES a gracious winner. (Tweet this)

Did you see the reaction of Zach Johnson in winning the Claret Jug trophy?  He stated that felt humbled, grateful and honored, all while choking back the tears of gratitude.  I felt humbled to witness it.

Dr John DeMartini talks about feeling gratitude to the point of tears.  It is an intense feeling that taps into the Law of Attraction and tells the Universe (like the title of a fabulous movie) Happy, Thank You, More Please.

For me, gratitude is a great way to bypass the ego which wants to say “Aren’t I awesome” and translates this to either “Isn’t THIS awesome,” or even “Aren’t WE awesome.”

See how you can bring more gratitude and appreciation in your life through creating a daily habit.

2.  You can be gracious, even if you are young.

I love watching the level-headedness and maturity of Jordan Spieth, win or lose.  I found my mind comparing, and contrasting, Spieth to another young athlete touted as a future champion in tennis, Nick Kyrgios.  Kyrgios was in the news again for his antics during a match, this time representing his country in Davis Cup.  What echoes in my mind is a statement by Kyrgios along the lines that he insists on playing and expressing tennis his way..  Entertaining for some, but not the mark of a champion, and his results will suffer.

What Spieth has, and Kygrios lacks, is Respect.  Respect for the game and for one’s fellow players.  Of course, Spieth is heck of a lot more focused, humble and, for the most, in control of his emotions.

Respect is important for one’s level of play, for building relationships and for endurance and longevity of success.

In Golf, players tee off at different times through-out the whole day and so are bound to experience different conditions from one another.  Day 2 of The Open Championships had rain delays that dragged the day into Saturday.  Unfortunately, the highest winds cropped up that Saturday morning putting the players that had yet to finish their 2nd round at a serious disadvantage to those that had completed their round.  That’s Golf!

You can bitch and complain on how unfair it is, or you get on with it.  These are the conditions, bring out the game to suit.  When you focus on how bad it is,it’s going to be bad for you.

You will go through tough conditions in your life and you can either focus on how unfair it is, or you can accept it and ask yourself “What do I do now?”  How do you turn the conditions into an advantage? 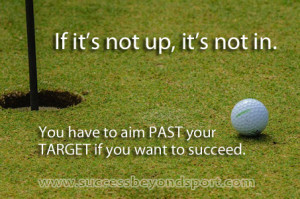 Aaaagh, I was rooting for Jason Day and he left his attempt at birdie well short on the 18th and missed out on making the play-off.  You can’t aim short…on the putting green and in life.

You have got to aim past your target if you are going to succeed.

I feel for Dustin Johnson – leading after 36 holes and then totally fading in the final 2 rounds. Leading amateur, Paul Dunne, couldn’t back-up on the final round.  How can a player have so much skill on one day, and then be sub-par the next?  It’s all in the inner mental game, with >90% of success in sport attributed to it.

Dunne is still an amateur and could be forgiven for fading after leading, but this situation is not new for Johnson.  So what is he doing about his inner game?  More importantly, what are you doing about your inner game?

Your ability to focus, your self-belief, your desire, how you deal with pressure, and more affects you every day.  If you are not getting the results you want, then something has to change.  It might be strategy or your skills, but if that’s all in place, then it might be time to look at your own inner game and how you can create a success that is beyond sport.

Did you watch The Open?  What lessons did you get from watching these great champions?

Annette Lynch is an Olympian, Inspirational Speaker, Author, NLP Practitioner and Athlete Transition specialist - she has coached, taught and inspired audiences world-wide with her Olympic dream, the champion mindset and her recipe for success. "Success beyond Sport' is her 8-Step guide to redesigning life in a 2nd career, combining Annette's experience with her studies and qualifications as a Master Results Coach and NLP Practitioner. Her book is available on Amazon and Smashwords.

View all posts by Annette Lynch